Here are the 22 women stepping into The Bachelor mansion

On Thursday, 13 February Marc Buckner's quest to find love begins in the second season of The Bachelor SA.

But Marc won't walk this path alone as 22 women will join him on his journey over the 13-episode series.

Ahead of the season premiere, get to know the contestants competing for his heart and the final rose. Compassionate Xia (pronounced Zee-yah) is a classic example of "beauty meets brains". The international model from Durban was a Top-16 Miss SA 2019 finalist and holds a bachelor's degree in General and Industrial Psychology from UKZN. She is fun, engaging and incredibly likeable but, astonishingly, she has never been in a serious relationship. Energetic and down-to-earth, Tegan is a former professional tennis player who now coaches the game. She started serving up aces on tennis courts in Johannesburg when she was just seven years old. Then, at the age of twelve, her close-knit family moved to Pretoria, where there were more opportunities to develop her game. To destress, Tegan puts on her running shoes and hits the road, and she has come to love the challenges posed by ultra-marathons. You don't want to mess with tomboy Tamryn. She's a soldier with a law degree. This no-nonsense, sapiosexual describes herself as fierce, unapologetic, determined and adventurous bundle of joy who lives the better version of herself each day. Sapiosexual means she's attracted to highly intelligent guys and, luckily, Marc fits the bill. Grecian beauty Stefanie is a smart, sensitive, romantic soul who is making waves as a social media influencer. She's at her happiest when she's posting pretty pictures on "the 'gram", cooking, or visiting the Mediterranean islands. Strong family values are important to her and she looks up to her parents. That's why she would like a Prince Charming who will remind her of her dad – solid, reliable and ready to protect her. In other words, someone just like Marc! Originally from Pietermaritzburg, Parushka is pursuing her passion for storytelling in the City of Gold. Before moving to Jozi, she studied Art History and English Literature at Rhodes University. An honours degree in film directing was the next logical step on her creative journey – with a Best Picture Oscar the ultimate goal! She also draws, paints, sings and writes popular romance novels under a pseudonym. They say dynamite comes in small packages, and the pint-sized explosive device in the Bachelor mansion is called Pasha dos Santos. Ravishing looks, abundant curly tresses and a feisty personality add up to a show-stopping presence. Fiercely independent Pasha has a healthy sense of self-worth and is not scared to speak her mind. She is a hard-working classically trained professional dancer, burlesque performer, choreographer and Pilates instructor. Amor is a true romantic, loyal, kind and soft-hearted soul. She is drawn to the beauty in the world and despises vanity and rudeness. Born and bred in Pretoria, Amor holds an LLB degree from Unisa, but her first love has always been dancing. She donned her first pair of ballet shoes when she was six years old, and later landed a gig as a Blue Bulls Babe. Amor has great admiration for her dad, an academic, and wants her future husband to be highly intelligent, gentle and generous. Radiant red-head Andeline is a farm girl from Namibia with Afrikaans and German ancestry. She was crowned Miss Teen Namibia in 2012 and was the first princess at the Miss Namibia 2016 pageant. Thereafter, she nabbed the prestigious Miss Continents 2017 title, which shaped her life and allowed her to focus on educating people on health as well as the negative impact of prejudice. This queen of hearts believes marriage to be the pinnacle of human experience. She is ready to tie the knot with someone who is not threatened by her ambition, and who is certainly not boring. Bridget is a big-hearted soul with a big personality, big smile and big dreams. To light up any room is her superpower. Like Marc, she's originally from Durban, but after school, she packed her bags – leaving her chickens, pigs and hamsters behind – and moved to the UK to travel and experience the world. Her parents have been married for 45 years, an example she wishes to replicate. She goes full blast at everything she does and, would like a partner in life (or crime) who is into the great outdoors. If smiles could be measured in megawatts, Daniella would single-handedly put an end to the load shedding crisis.  She has an enviable positive outlook on life, and a beautiful, kind aura. In her mind, there are no problems, because everything is fixable.  Daniella is a successful self-made businesswoman, running her online marketing and e-commerce venture. When she's not giving her all to serve her clients' needs, you will find her volunteering to help the homeless or animals. She needs a partner with a zest for life and clear goals. Gillian... with a G! grew up with her mother in Roodepoort as part of a wonderful extended family. Sometimes she may wear her heart on her sleeve, but she also has an exceptional ability to diffuse difficult situations with diplomacy and tact. When it comes to dating, Gillian is extremely picky. Playboys and men who take advantage of her will be dropped like a hot potato. Open-minded, free-spirited party girl Greta was born in Lithuania, and her family is of mixed European heritage. She has been in SA since she was 12 years old and works as a nail technician. To keep fit, she most definitely does not do running or cycling. She prefers twerking! Jessica C is a patisserie chef and bakery owner who makes her own bespoke and decadent cakes and cookies. When she is not busy baking these to-die-for delights in the kitchen, she is working out in the gym, taking part in challenging obstacle races or simply enjoying time with her friends and family, usually with a glass of chardonnay in hand. She had a happy and memorable childhood, growing up with two brothers, and her parents – her inspiration in love and relationships – they have been married for 33 years. She wants her marriage to be like theirs – and she can't wait to tie the knot! Marisia is a speech therapist and audiologist whose job has taught her to adapt to different life situations. Making connections with everyone who enters her life is extremely important to her. Most of her friends are married, and she would not mind having a ring on her finger as well – if it's the right guy, of course. 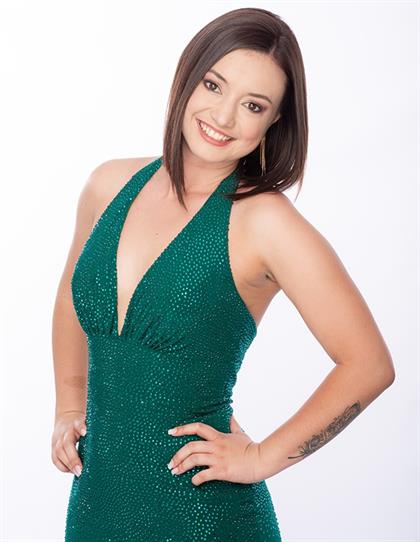 Michaela is a career woman who is super passionate about her work and wants to be a role model, empowering women. She measures success through the achievement of goals and is practical when it comes to romance. She wants to be with a family-oriented man who will support and respect her independence and professional life - someone just like her role model, her dad. Michaela knows how to stay positive in the most difficult situations imaginable. Elegant, soft-spoken and accomplished mediator Mulesa was born in the United Kingdom to Zambian parents and spent her childhood in Zambia, Australia, Swaziland and South Africa. She obtained an LLB degree from the University of Cape Town and a Master's degree specialising in Human Rights Law from the University of Pretoria. She is passionate about female empowerment and believes actions speak louder than words. Nolo is a bubbly, outgoing and outspoken founder of a social enterprise, freelance radio host and voice-over artist. She studied at the University of Stellenbosch, travelled to Indonesia on her own for 21 days and loves to challenge the status quo. Silke is a vegan activist, as well as a physics and math tutor who was born to a German father and a South African mom. Even though she cares about the planet, she's not your typical tree-hugger. She's a go-getter, who does not beat around the bush. Silke is very close to her brother and is looking for a loyal, trustworthy man who enjoys the outdoors and loves animals as much as she does. 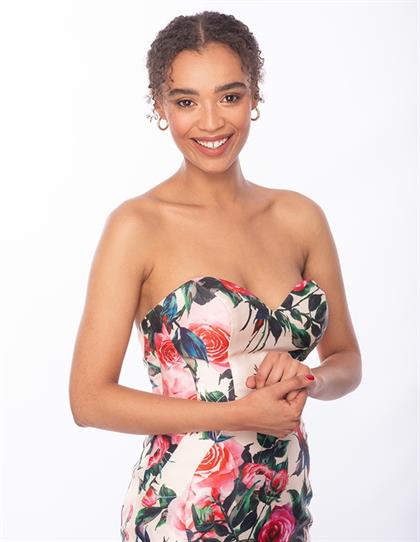 Vivacious, confident, kind and free-spirited are just a few words to describe this Capetonian. If you recognise her striking, picture-perfect features and broad smile, it might be from one of several big-brand advertising campaigns that have featured her in print, in retail stores or on television. Qiniso is not your typical model and actress. She's a feminist and UCT Masters Student in Social Anthropology and was named one of Cosmopolitan magazine's next-generation African female leaders! Payal – fondly known as Pi – is a super-sophisticated Business Development Manager. Everything in her life is pretty much sorted; the only missing element is a man of honour who can join her on her quest to scale ever-greater heights. In Pi's case, this will be no easy task. The confident, goal-driven beauty reached the summit of Kilimanjaro in July 2019. She revels in an active lifestyle and loves to travel. Rikki's piercing blue eyes, long raven-black hair and enchanting smile has one instantly mesmerised. Equally head-spinning is her list of accomplishments and impressive CVs. She has co-presented a show with the legendary Top Gear team; played many prestigious DJ gigs; drummed up a storm in popular South African bands; created her own band, chix with stix; had her own radio show and crafted a successful career as a marketing expert and lecturer! Hard-working Jessica R is an angel-faced fashion designer from Cape Town who has a bodywear brand, Active Spirit. In 2014, she was one of four AFI Joburg Fashion Week winners. She is also a qualified hip hop dancer and enjoys kayaking, hiking and training at the gym. She won't be able to fall for someone who lacks drive and ambition, and her description of her ideal man fits Marc to a T. Her Prince Charming needs to be loyal, honest, love animals and be health-conscious.