In case you missed it, the Duke and Duchess of Sussex released a statement to say they'd be stepping back as "senior members of the royal family".

"After many months of reflection and internal discussions, we have chosen to make a transition this year in starting to carve out a progressive new role within this institution. We intend to step back as 'senior' members of the royal family and work to become financially independent, while continuing to fully support Her Majesty The Queen," they said.

Shortly after news broke, the queen released a statement of her own. "Discussions with The Duke and Duchess of Sussex are at an early stage," Buckingham Palace shared. "We understand their desire to take a different approach, but these are complicated issues that will take time to work through."

Now, according to ITV Royal Editor, Chris Ship, Meghan has returned to Canada, presumably to fetch Archie who stayed behind when the duke and duchess returned to the UK for their first official royal engagement of 2020, while Harry remained in London to "resume" discussions and a way forward for the Sussex family.

Resume, of course, being the keyword here, because despite the headlines, as it turns out the royal family was, in fact, aware of Harry and Meghan's big decision. 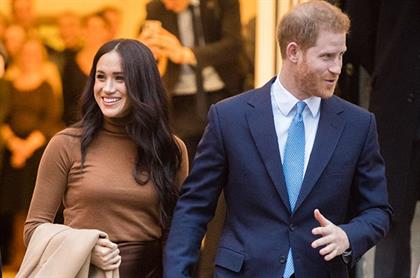 (ONE LAST ENGAGEMENT: Meghan and Harry visited Canada House in the UK on Tuesday, one day before their big announcement. Photo: Getty Images.)

SLIMMING DOWN THE ROYAL FAMILY

After the announcement was made this week many reported the royal family was shocked and "disappointed" by the news. But according to ITV News royal reporter, Tom Bradby, who's friends with Prince Harry and worked closely with the royal couple while documenting their trip to Africa last year, it was more the timing than the actual announcement that caught the rest of the royal family off guard.

"It's certainly not true to say the palace was blindsided by this. The couple's view was they came back and wanted to talk to the family about their plans."

He then divulged that plans had already been underway for quite some time that, going forward, there was going to be a "slimmed down monarchy" and Harry and Meghan "weren't really a part of it".

According to Bradby, a problem arose when the couple was asked to put their suggestion – which seems like it was therefore somewhat approved – in writing. Harry and Meghan declined to do so, fearing it would get leaked to the press. And it did – several tabloids reported on the "slimmed-down monarchy" in December – so an unexpected announcement was made by the Duke and Duchess of Sussex on Wednesday to counteract any misinformation, we assume.

Nevertheless, the timing of it all made it look to the public as though Harry and Meghan completely rocked the royals.

The Lifestyle and Entertainment Editor of News24, Herman Eloff, wrote after Harry and Meghan made their big announcement, that it wasn't the right time for the bombshell statement. He talks about the "random sequence of events" that "will all be weaved together and used as ammunition against Meghan", and that's precisely what the press has been doing in dissecting the statements made by both.

Again, Harry and Meghan's intentions weren't unknown to the royal family, but the timing of the statement was. And the queen's brief statement reflects that, unwittingly resulting in the negative response from the public. News of a "disappointed" Queen Elizabeth, therefore, smeared the already tarnished reputation of the Sussexes, and, as Herman explains, put the target firmly on the back of Meghan, who is already suffering under the scrutiny of the British media.

"But, then again," he wonders, "would there ever be a right time when the tabloids have already chosen their villain?

READ HERMAN'S FULL PIECE HERE: Calling it Megxit unfairly puts yet another target on Meghan’s back (TAKING THE BLAME: The press has been targeting Meghan from day one. Photo: Getty Images.)

According to Chris Ship, the royals have released a statement saying Harry and Meghan, the queen, Prince Charles and Prince William will work "at pace" with the Sussexes and governments.

He explains that the "workable solutions" they plan of finding will be decided in a matter of days, therefore speculating we will have some sort of decision by early next week, but he also adds that it looks as though, again, Harry and Meghan's suggestion has been taken into consideration.

"So 24 hours after THAT statement from Harry and Meghan, the Queen, Prince Charles and Prince William say they will work "at pace" with the Sussexes and governments," he writes on Twitter, adding, "(note the plural – so presumably UK, Canada and USA) to find 'workable solutions'."

He also writes, "Basically the anger and shock of yesterday has given way to an acknowledgement in the Royal Family that this is the new situation and they simply have to deal with what's in front of them."

(CHANGE IS COMING: Prince Harry and Duchess Meghan are getting ready to shake things up. Photo: Getty Images.)

An unfortunate series of events have indeed led to Harry and Meghan's big announcement, which then, undoubtedly, had repercussions of its own. But it's important to note that there is a lot more going on behind the scenes than has been revealed to the public.

With that, Harry and Meghan's decision is not as disastrous for the royal family as it seems. When news broke, I mentioned that its more of a catalyst – a way of propelling their efforts to influence change – with their newfound freedom and an unconstrained platform to do so. I still firmly believe that.

READ MORE HERE: Will Harry give up his title? Will Meghan return to acting? I sincerely hope so